251: The Turf–Macaroni, The Duke of Grafton

The Turf–Macaroni, The Duke of Grafton, No. 12 from Twenty-Four Caricatures by Several Ladies, Gentlemen, Artists, etc. Food has long been central to the construction of national stereotypes and identities. In the eighteenth century, many wealthy young men completed their education by going on the Grand Tour to Italy. This fuelled long-standing national stereotypes about Italians, inherited from the religious divisions between Protestants and Catholics after the Reformation.

The figure of the ‘macaroni man’ developed from this stereotype in the 1760s and 1770s and meant a fashion-conscious, well- travelled dandy. They were often caricatured as elegantly dressed gentlemen, as in this tongue- in-cheek portrait of the Whig politician, Augustus Henry FitzRoy, 3rd Duke of Grafton, whose love of horse-racing explains his title as ‘The Turf Macaroni’. While macaroni men were defined primarily by what they wore rather than by what they ate, food was intrinsically linked to their name. 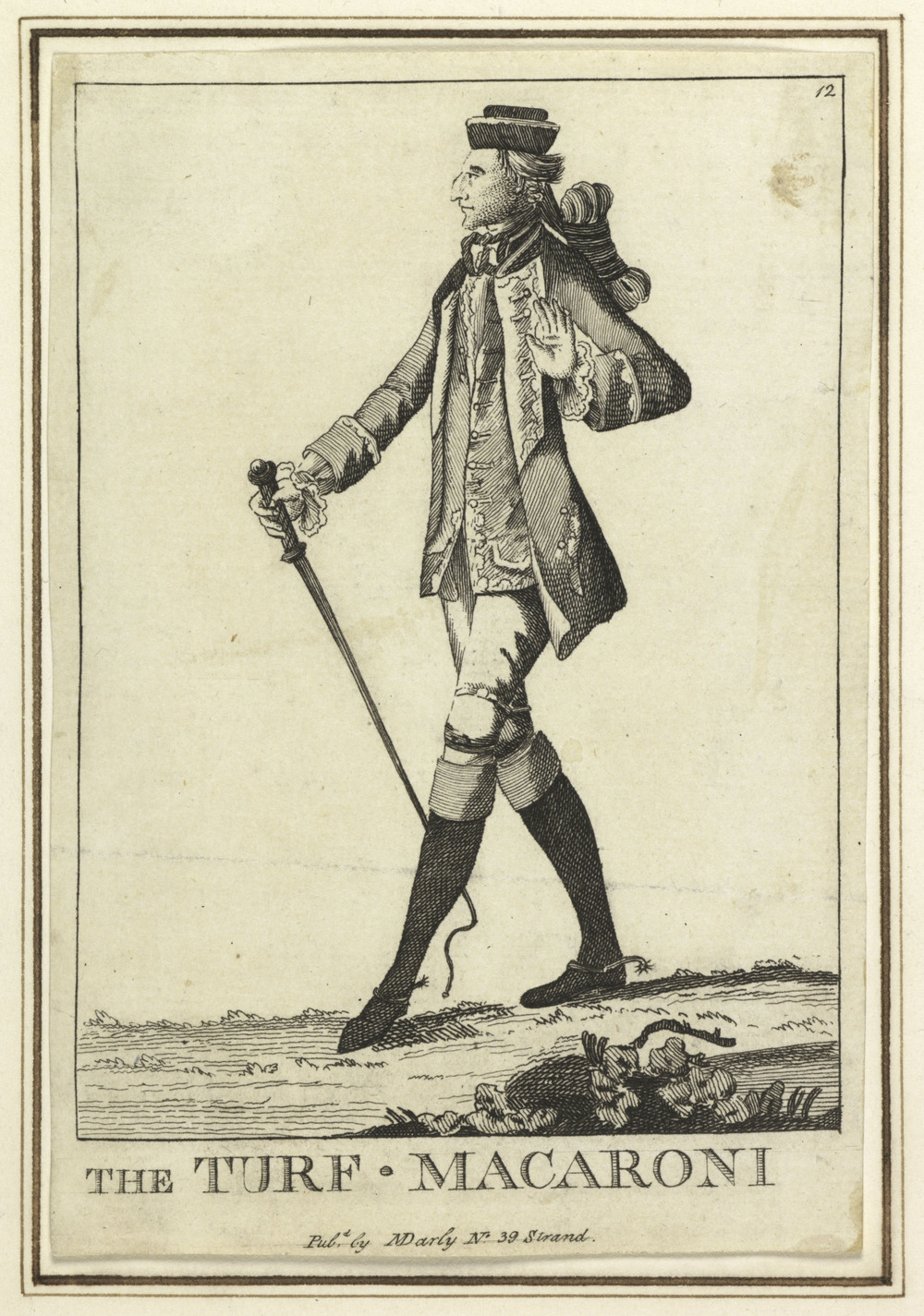