From 1649 (the year of Charles I’s execution), thousands of tradesmen issued tokens for the penny, halfpenny, and farthing. Most were produced unofficially for individual tradesmen at the Royal Mint, and used as small change. Tokens often have designs representing the issuer’s name and/or trade. This example was made for Bartholomew Fish, a fletcher or arrow-maker, and is decorated with three fish, rather than arrows, which was a play on his surname. Tokens were made illegal in 1672, twelve years after the Restoration of the Monarchy, and replaced by officially- manufactured copper coins. 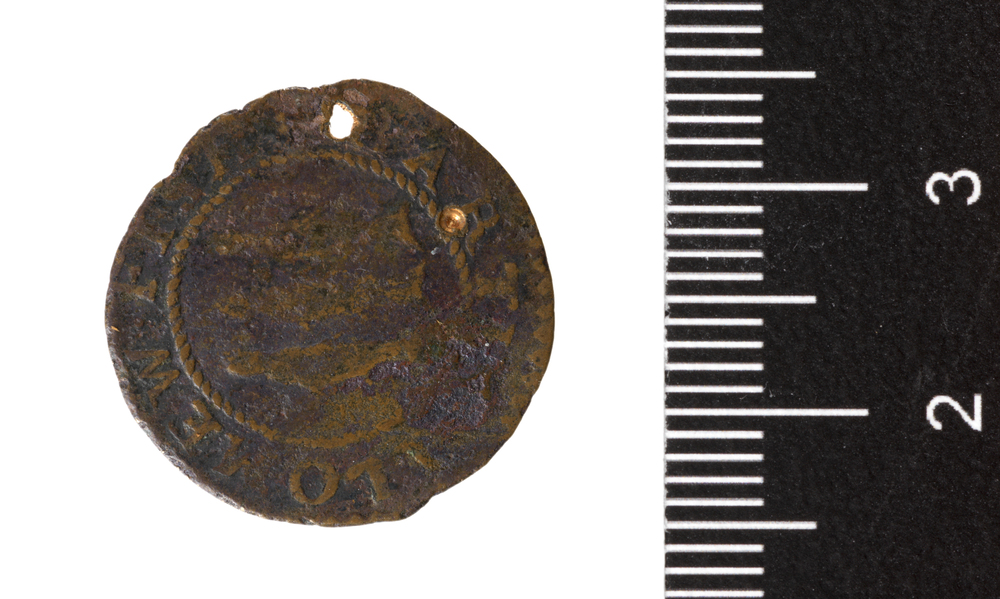