This engraving, and its pair called The Fat Kitchen, are based on drawings by Flemish artist Pieter Bruegel the Elder, who often used food as a way to satirise political and social issues. They illustrate the ways that cultural representations both reflected and influenced what people ate.

The Thin Kitchen is a scene of food misery, in which a group of scrawny people fight over a pot of mussels and root vegetables. A well-fed man at the door tries to escape this bleak scene of culinary deprivation, declaring in both French and Flemish at the bottom:

‘When thin-as-bones stirs the pot, the family meal is always a poor show, and I will eat in the fat kitchen, just as long as I live’

In The Fat Kitchen (photograph of the original), we see a world of gluttony and excess where obese people eat with reckless abandon.

Full of rich and desirable foods, mostly meat, their kitchen is the complete opposite of The Thin Kitchen. Despite this abundance, a poor scrawny bagpiper is turned away from their door. Greed has corrupted this world. The dual language inscription tells ‘thin-as-bones’ to get out: ‘You look awful, you have nothing to do here, for this is the fat kitchen’. 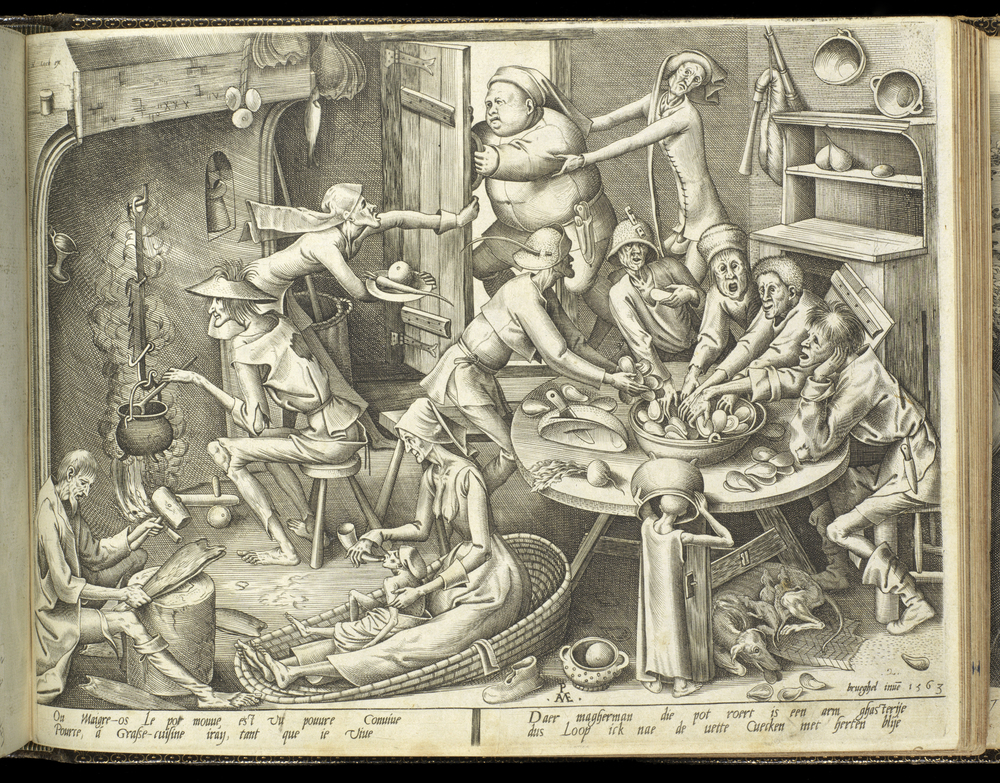