The Roast Beef of Old England &c. or The Gate of Calais

This print demonstrates the power of the stereotype of the meat-eating Briton. Engraved from Hogarth’s painting (now in Tate Britain), it commemorates his visit to Calais in March 1749 after the armistice that preceded the signing of the Treaty of Aix-la-Chapelle in October 1748 (ending the War of the Austrian Succession). Hogarth’s arrest by French police as a spy is captured on the left of the image: a hand and halberd appear over his shoulder, as he sketches the city’s fortifications. The print reassembles confessional stereotypes, contrasting Catholic France with Protestant England through the representation of food: English beef against the Lenten fare of the French clergy. 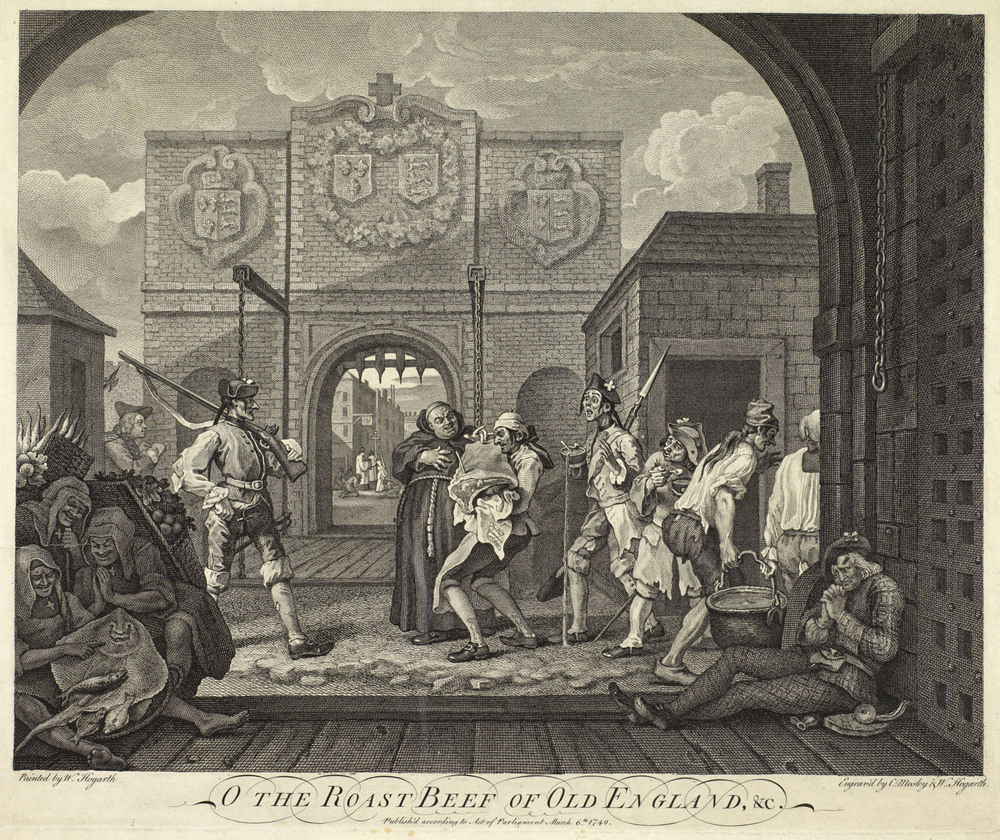