This colossal canvas is a fantasy of nature’s bounty for its urban Flemish viewers. Deer, wild boar, hares, swan, pheasant, partridge, peacock, woodcock, kingfisher, skylark, blackbird, black grouse, bittern, snipe, and a string of songbirds, including bullfinch, chaffinch, and brambling, are just some of the species that can be identified, thanks to their remarkably accurate portrayal, and which ended up on elite tables. In his best-selling cookery book of 1660 (displayed nearby), Robert May included a recipe for a spectacular stew called an ‘olio’. Originating in Spain, this gargantuan ‘meat feast’ symbolised Baroque excess, and was the culinary equivalent of this painting. It was made from a rump of beef, Bologna sausages, neats’ tongues, mutton, venison, pork, bacon, and vegetables, boiled together in a 3-gallon pot. It was then augmented by cooked birds, including ‘a Goose, or Turkey, two Capons, 2 Pheasants, 4 Ducks, 4 Widgeons, 4 Stock- Doves, 4 Partridges, 8 Teals, 12 Snites, 24 Quailes, 48 Larks, etc.’ Little wonder that the frontispiece of May’s book informs us that ‘his tables a whole Ark command’.

Antwerp or Brussels, Belgium, after 1621 Oil on canvas 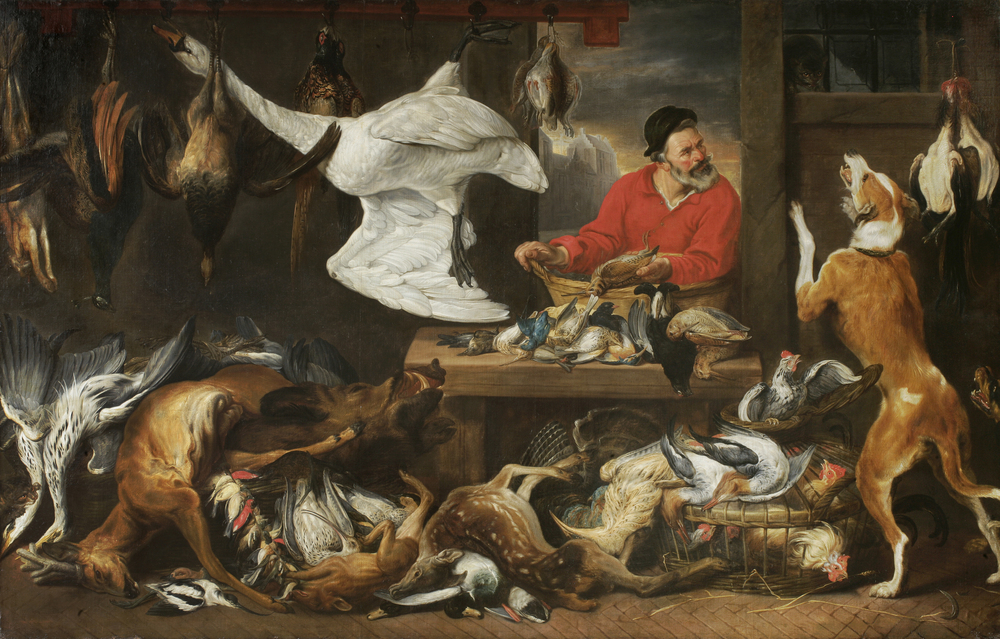