Supplying John Bull with a Substitute for Bread,\nThe British Butcher, Supplying John Bull with a Substitute for Bread, vide Message to Lord Mayor Within the context of the French Wars (1792 – 1802), the high price of wheat became the subject of popular works of satire and caricature. On the front of the blood-stained butcher’s block are two placards nailed side by side. One records current food prices, the other the wages of ordinary honest tradesmen. The prices of all meat (except for beef) are shown to be lower than a small quarter loaf of bread. Grain shortages had forced Parliament to encourage meat as a readily available alternative to bread, despite the fact that it was equally unaffordable for the average consumer. 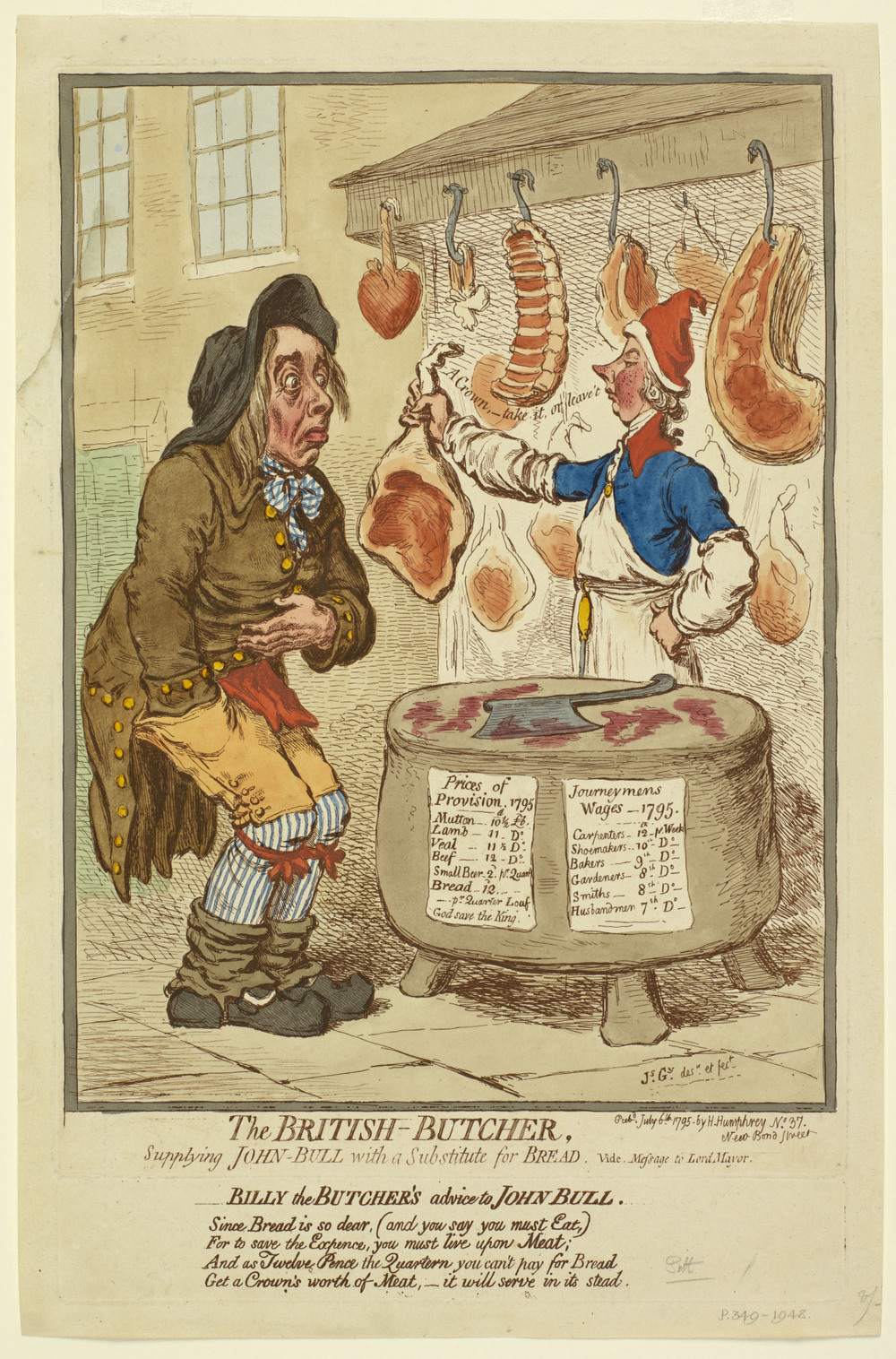