A great variety of fish was consumed in early modern Europe. Most people ate salted or dried fish bought at annual fairs and consumed throughout the year. The Church forbade the eating of meat during ‘fast days’ or ‘thin days’, which accounted for 40% of the year. Fish was an essential meat-substitute on these days, and hence why they were also known as ‘fish days’. Some fish was ‘farmed’ in ponds, while other fish was caught wild from rivers and seas, with commercial fishing on international waters under state control. Fishing was both seasonal and regional. Vermeulen’s serene nocturnal painting shows a Dutch river with boats moored, nets cast, and fishermen toiling under a full moon’s bright light to bring in a catch, ready to sell early the following morning. 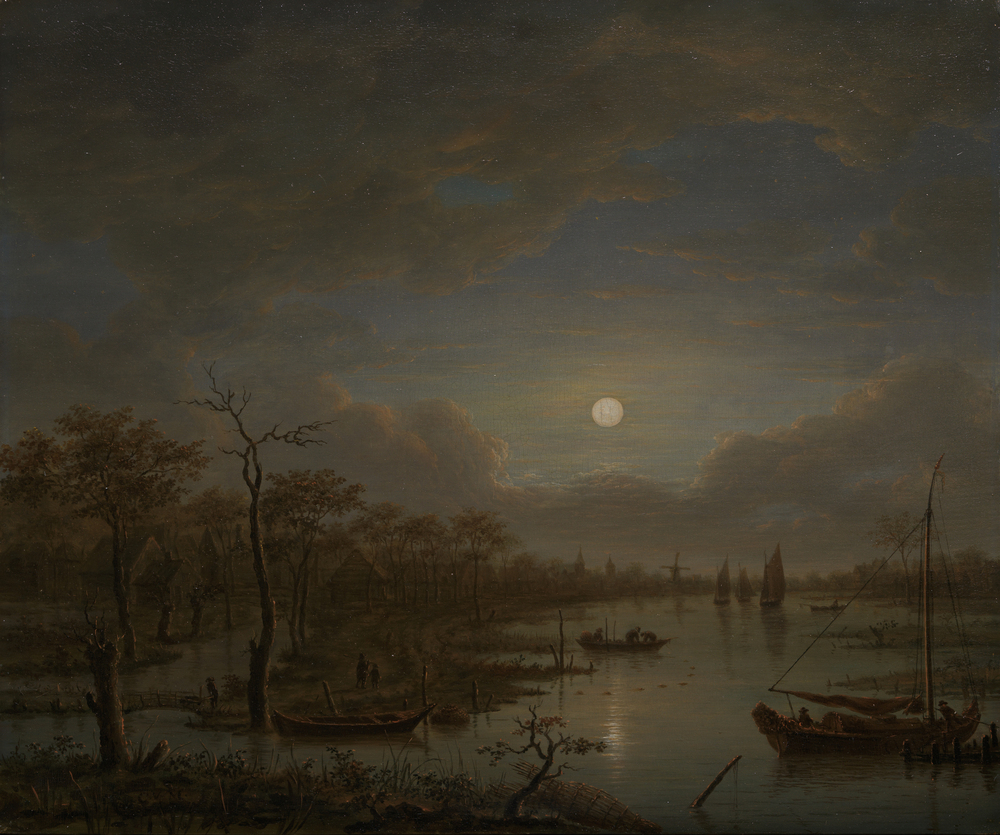