213: Preparation for the Passover

Preparation for the Passover, from The Story of Moses and the Pharaoh This is the first Passover as described in the Old Testament (Exodus 12:11): on the eve of their escape from slavery in Egypt, the Israelites paint their doorposts with blood from the sacrificial lamb so that the tenth (and final) plague – the killing of all firstborn sons – will ‘pass over’ their homes, and only afflict their oppressors. Certain features, such as the cross-shaped window bars and the halo- shaped hat worn by the man distributing the roasted sacrificial lamb, indicate that this image is supposed to be read through a Christian lens as a prefiguration of the Last Supper when Christ became the sacrificial lamb. Since the Old Testament was fulfilled by the New Testament, according to Christian doctrine, the meal in remembrance of the Exodus and the salvation of the Jews has now become the meal in remembrance of Christ’s sacrifice to save his followers. 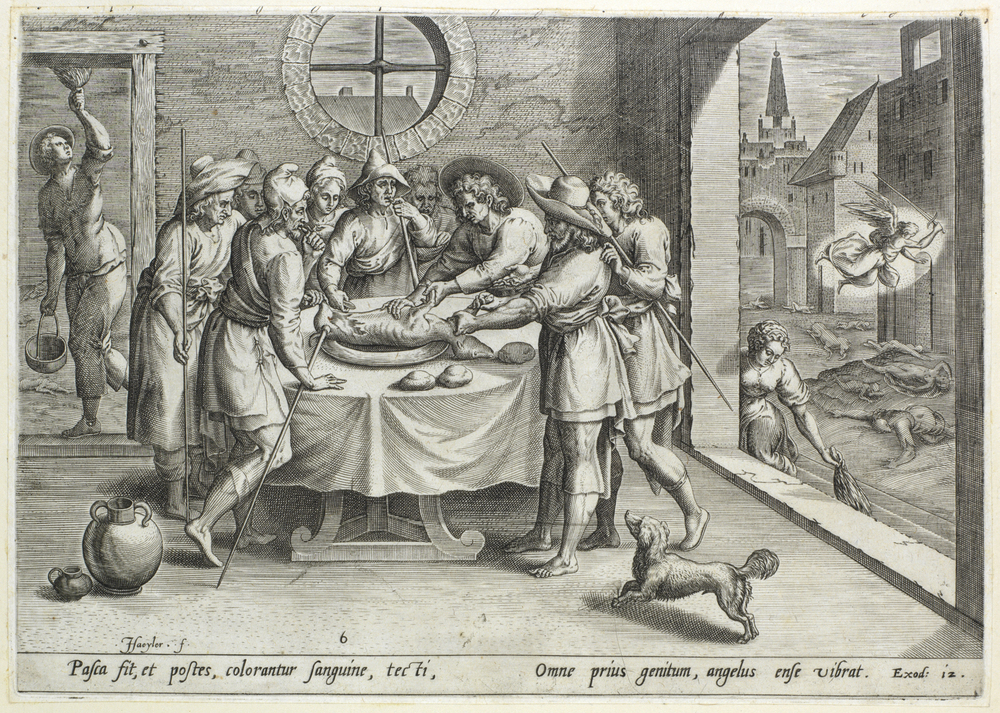