67: Jug with pomegranates and hyacinths, and hinged cover

Together with the hyacinth, the pomegranate became a common decorative motif on later sixteenth-century polychrome tableware made in Ottoman Anatolia, as seen in this Iznik jug. It was likely made and exported to Elizabethan London shortly before 1592, when the fashionable silver-gilt mounts were added to protect its fragile edges and render it even more luxurious. 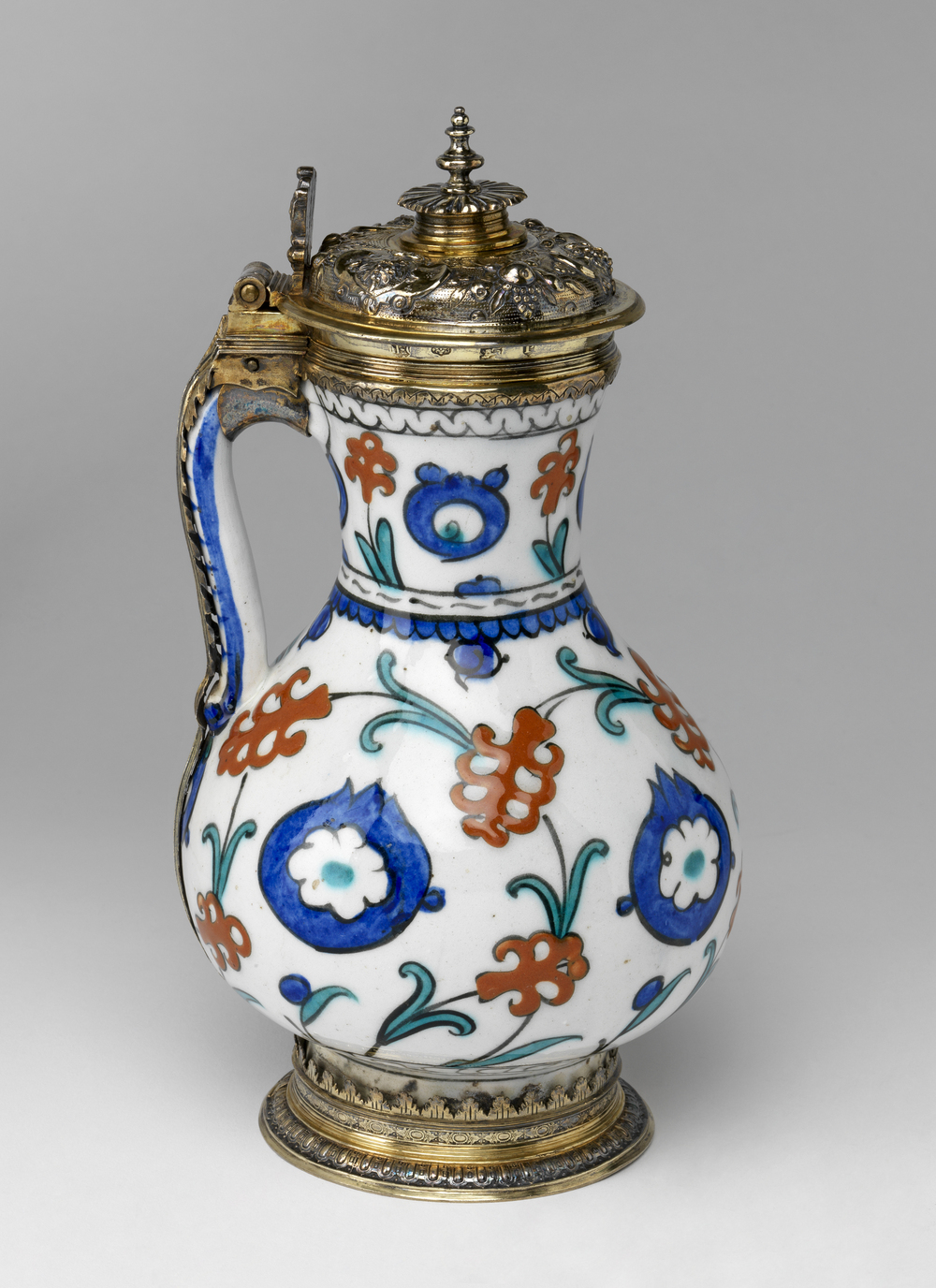