226: Peasant family at prayer before eating

Peasant family at prayer before eating In early modern Europe, the ‘blessing of the table’ or ‘benediction’ was said before a meal, while the ‘act of thanks’ or ‘saying grace’ was said at the end. Normally, the father would lead these prayers, as van Ostade shows in this print of a peasant family giving thanks before they tuck into a shared plate of porridge or pottage, eaten with a communal spoon. Such prints were intended to instruct viewers in correct patterns of devotional behaviour and to emphasise the need to give thanks for one’s ‘daily bread’. 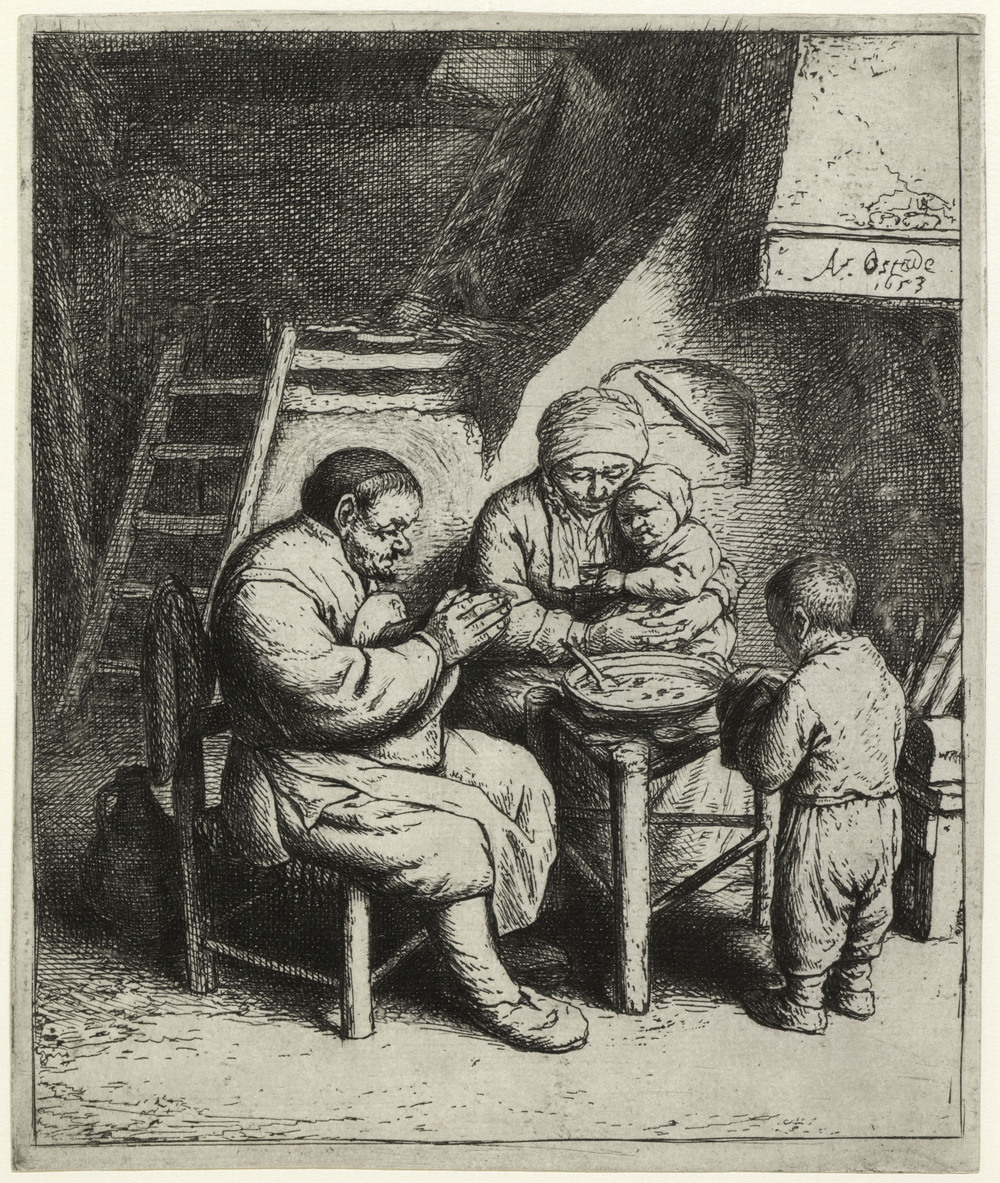