One-handled spouted pharmacy jar for the Camaldolensian convent, Arezzo This pharmacy jar’s inscription, ‘Syo: D RIBES’ (‘syrup of currants’), tells us that it was designed originally to hold blackcurrant or redcurrant syrup, believed to help with coughs or lung ailments but also used as a food flavouring and colouring. The doves drinking from the chalice on the front indicate that it was made for the pharmacy of the Camaldolensian convent near Arezzo. Its white ground with light blue glaze decoration deliberately imitates more expensive, highly fashionable blue-and-white porcelain wares imported from China. Probably Deruta, Umbria, Italy, 1673 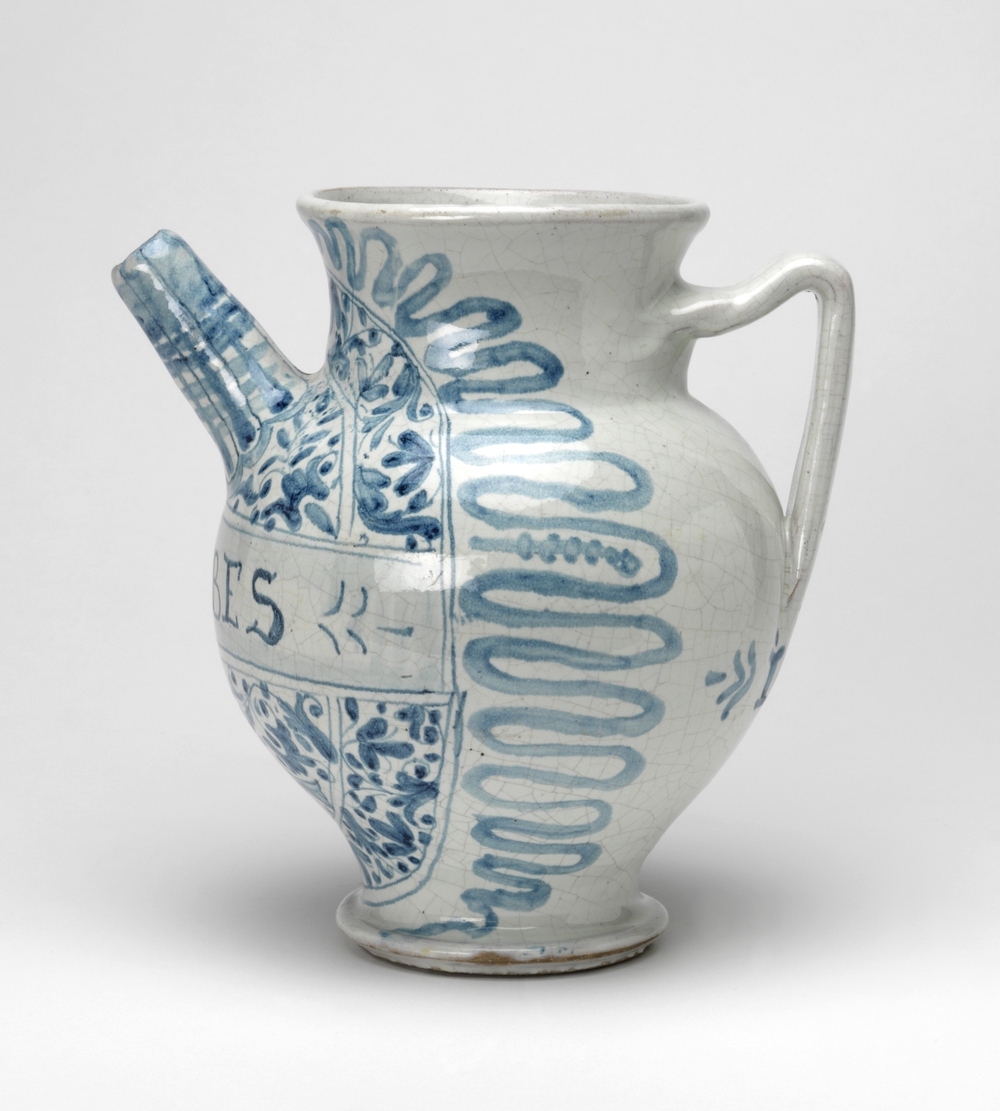