65: Still life with fruit and macaws

Still life with fruit and macaws Painted on copper for maximum luminosity, this brightly coloured image was designed to delight the senses. On the one hand, it celebrates abundance, luxury, and the exotic with succulent fruit, two New World macaws, and two Chinese blue-and-white porcelain dishes made for export to Europe. However, closer inspection reveals insects on the fruit, leaves curling and turning brown, and a pomegranate past its best. Such details were included as a coded moralising message to show the destructive effects of time, calling to mind the brevity of life and warning against worldly vanity: the fruit will rot, the birds will die, and the porcelain will break.

Balthasar van der Ast (1593/94 –1657) Utrecht, Netherlands, 1622 Oil on copper Daniel Mesman Bequest, 1834 (295) 66 Dish with pomegranate tree This unusually large mid-seventeenth-century Chinese blue-and-white dish is embellished with a stylised pomegranate tree-of-life. A pair of split-open pomegranates nestle at the centre of its trunk, their seeds deliberately exposed as a sign of their reproductive capacity. Like the porcelain dishes in van der Ast’s painting (displayed to the left), this expensive dish was made for a wealthy European, the luxury and exoticism of the pomegranate motif echoing that of the porcelain. 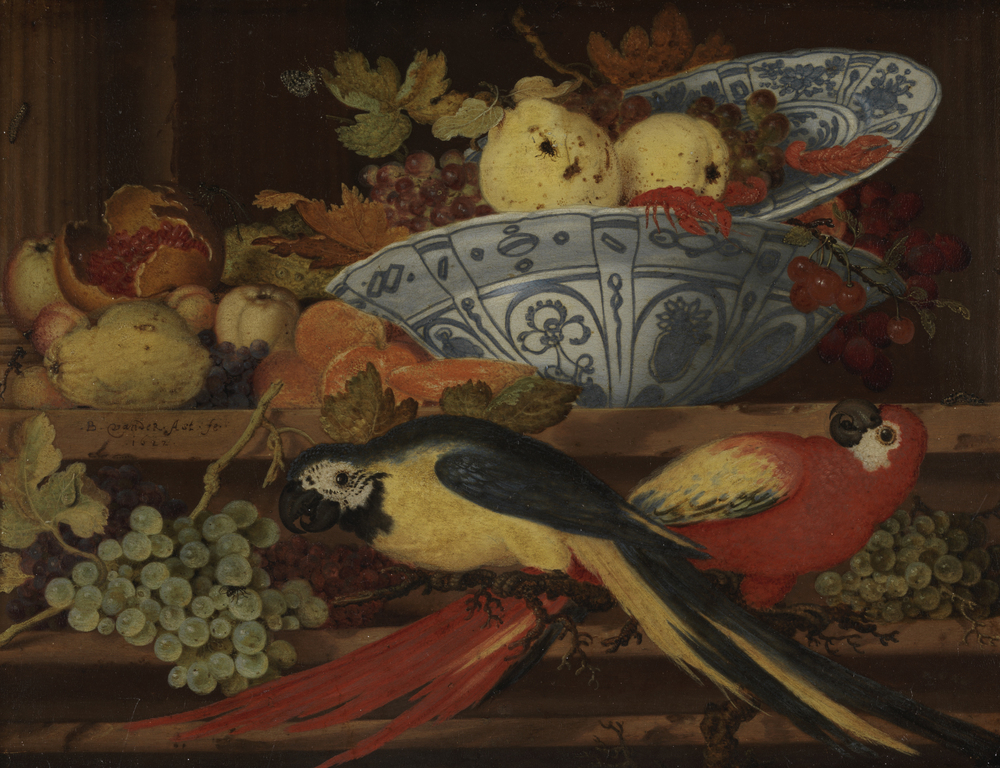