Grus cinera (Trapping cranes near Pisa) This drawing depicts the bizarre and, to modern eyes, barbaric technique used for hunting cranes near Pisa, from which the term ‘hoodwinked’ is derived. The drawing was the basis for a printed illustration published in a 1596 book dedicated to hunting and fighting animals. The printed image had a helpful explanation: ‘In Pisa, the fowler, having skilfully made hoods out of paper, smears bird-lime inside them and puts them in pits. The hungry crane arrives, thrusts in its beak, the paper sticks, envelops its eyes, and prevents the bird from flying’. While this image can be viewed  as a celebration of man’s ingenuity, it also documents man’s brutal domination of the animal world, the violence of which met with criticism by radical thinkers such as Thomas Tryon, one of whose books is displayed in Feast & Fast. 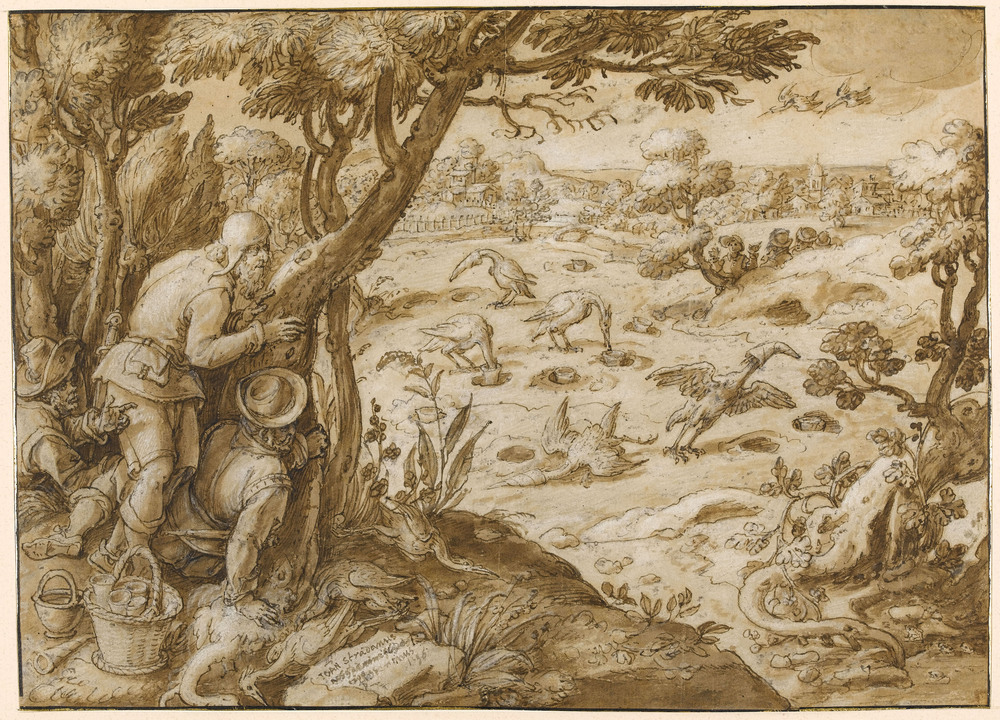