Hero’s recruiting at Kelsey’s; -or- Guard-Day at St James’s This satirical print (about the British army during the Napoleonic Wars) was published just 3 months after the letter confirming Perrin’s acquisition of 54 new enslaved people for one of his 5 sugar plantations (displayed nearby). It portrays Kelsey’s, a famous confectioner’s and fruit-shop in St. James’, London – with sweet treats made from imported sugar processed by enslaved Africans. The accurately recorded interior was a source of inspiration for Ivan Day’s recreation of an eighteenth-century English confectioner’s shop window (displayed nearby). At the counter, a soldier gorges on colourful ‘sugar plums’ (sugared almonds). His companion eats a  frothy syllabub from an elegant glass while a buxom assistant delivers more of these airy refreshments to the counter on a glass ‘waiter’. Salvers such as this were often combined with jelly glasses to create tall glass pyramids like the one in our window recreation, a surviving relic of Baroque table spectacle. 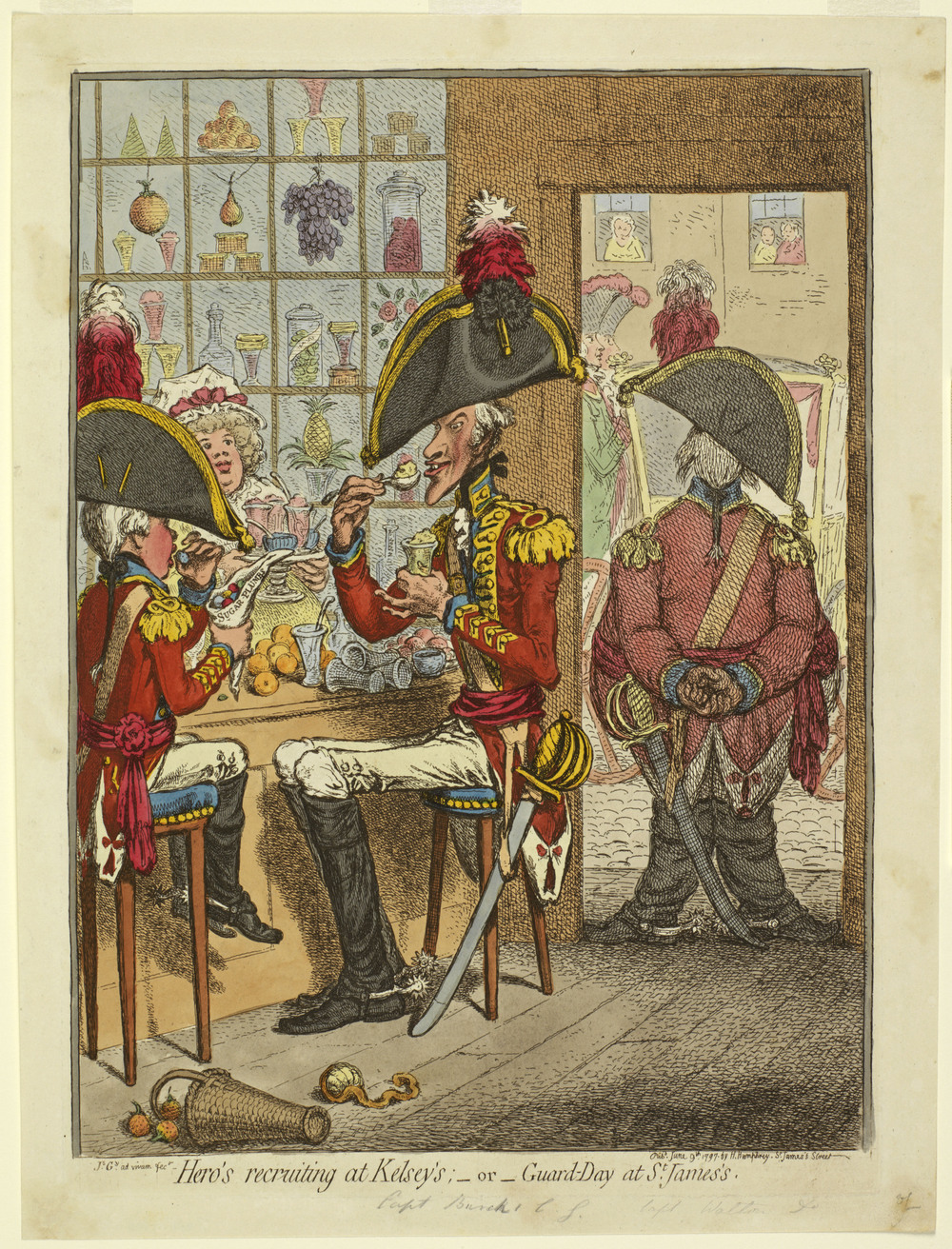