This well-known satirical print of 1792 compares an emaciated French revolutionary devouring onions and garlic to the archetypal Briton (represented by an obese John Bull, who personified the country) tucking into an enormous joint of roast beef. Here Gillray contrasts the poverty of the French, despite their liberty, to the prosperity of the British, despite their ‘slavery’ under government taxes. These stereotypes belied a different culinary reality. French cooking techniques became fashionable among English elites from the late seventeenth century and had been incorporated into more popular cookery books by the eighteenth century. 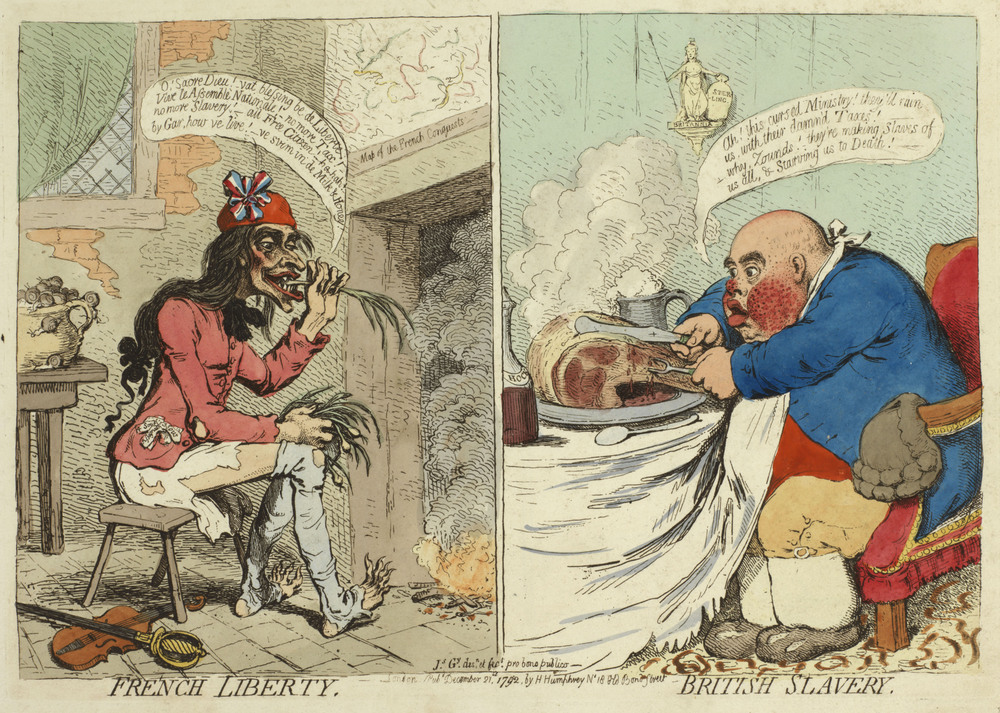