Adam and Eve in Paradise The Fall was a popular subject as it provided artists with a legitimate excuse to depict a completely naked man and woman, a beautiful landscape, and all kinds of animals, highlighting their skills as well as the wonders of Creation. König’s rendition shows the actual moment of the Fall, when Eve has plucked a forbidden fruit for herself and hands another to Adam. The Tree of Knowledge is occupied not only by the serpent that tempted Eve to disobey God’s command, but also a peacock symbolising Pride – one of the Seven Deadly Sins – which led to expulsion from Eden and humanity’s downfall. 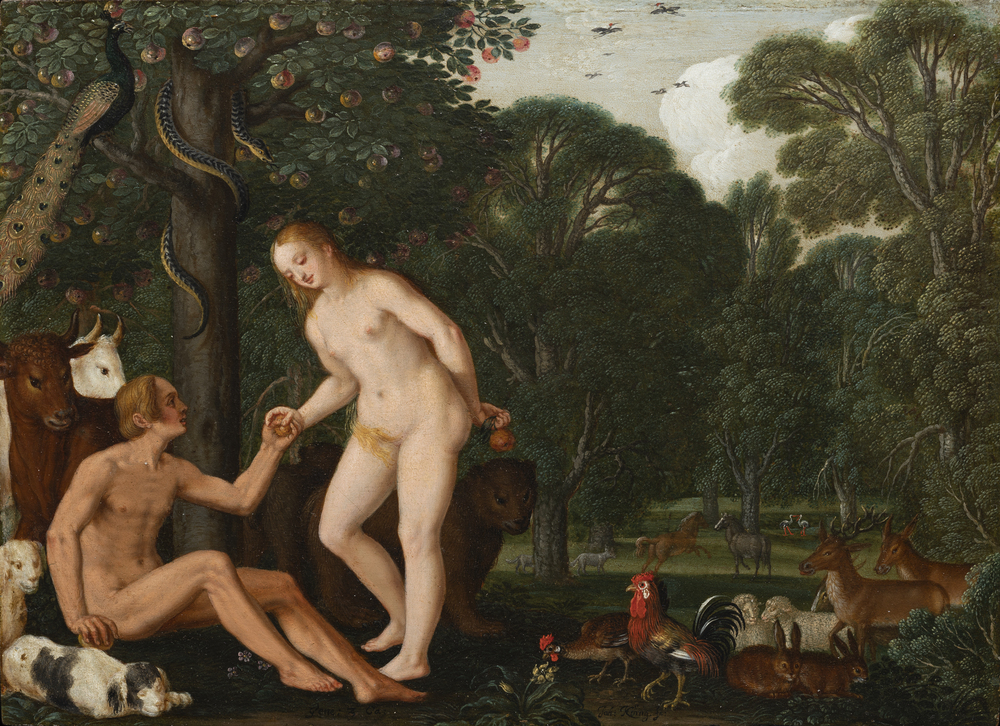