Lust was another of the Seven Deadly Sins and, like Gluttony, often associated with food. Aside from its obvious inebriating qualities, wine was considered a ‘hot’ substance that generated sexual desire. The association of oysters with aphrodisiacs went back to antiquity with Galen’s theory that eating oysters generated semen and invigorated male sexual desire. Van Mieris also included lots of sensual satin and fur, and a bed in the background to reinforce the scene’s sexual connotations. Its small dimensions suggest that this painting was made for close-up viewing in an intimate space, most likely a bedchamber. 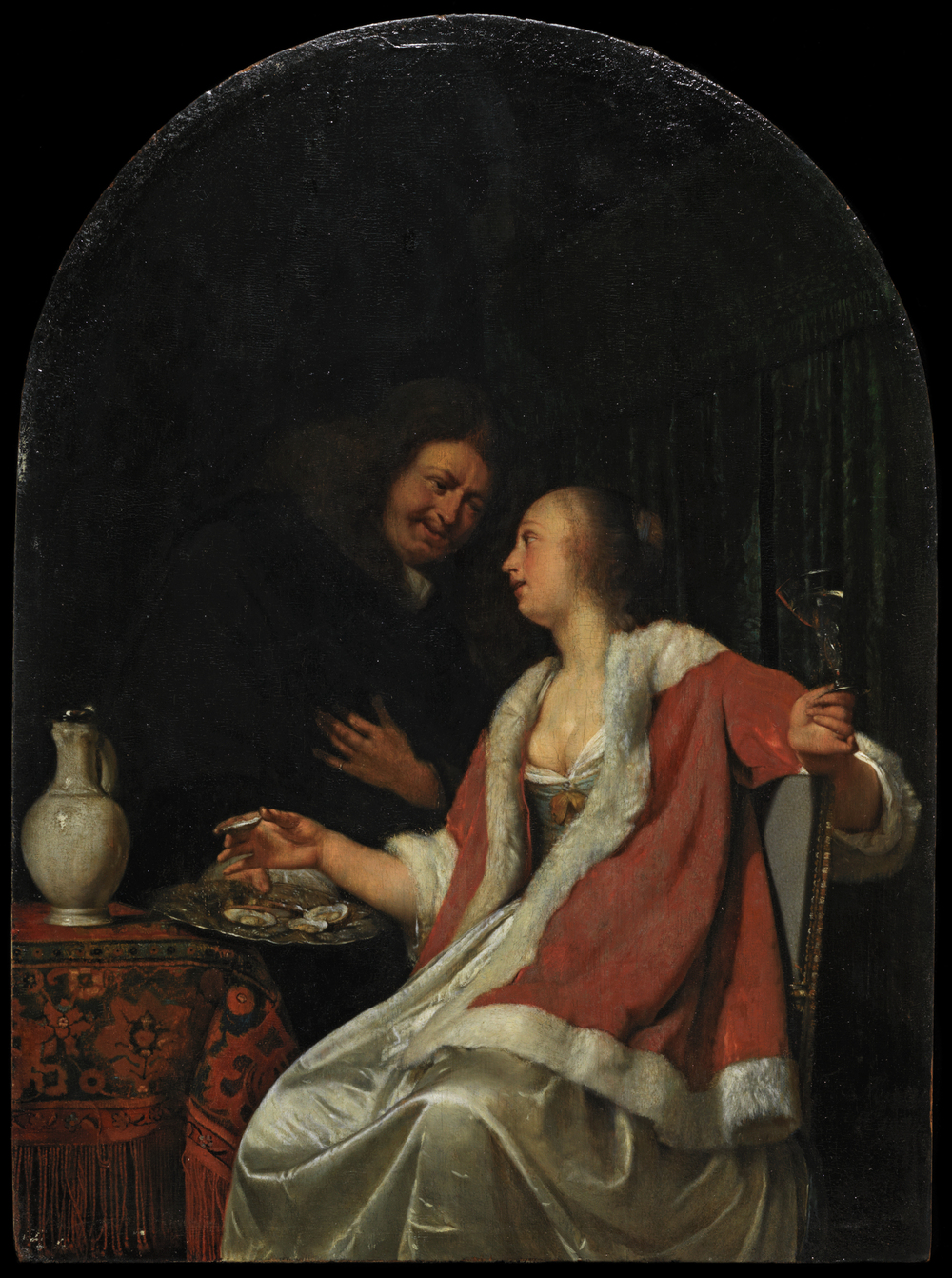