Dives and Lazarus Gluttony was one of the Seven Deadly Sins, along with Pride, Greed, Lust, Envy, Wrath, and Sloth. Over-consumption of food was considered sinful if it meant that food was withheld from the needy, demonstrating a lack of charity. The Biblical parable of Dives (meaning ‘rich’ in Latin) and Lazarus warns against the dangers of over-consumption (Luke 16:19–31): Dives refuses to give any food to the beggar at his door and, as retribution, ends up in hell, while Lazarus goes to heaven. Depictions of this parable reminded Christian viewers of their obligation to ‘feed the hungry’. This small panel painting is an adaptation and modernisation of an earlier engraved print.

The menu has changed from roast birds to elaborate bird pies, the new height of luxury, and the cutlery has been upgraded to include forks, still quite novel at this time in Northern Europe, and considered the height of refinement.

Conserved by Elisabeth Petrina at the Hamilton Kerr Institute</p> 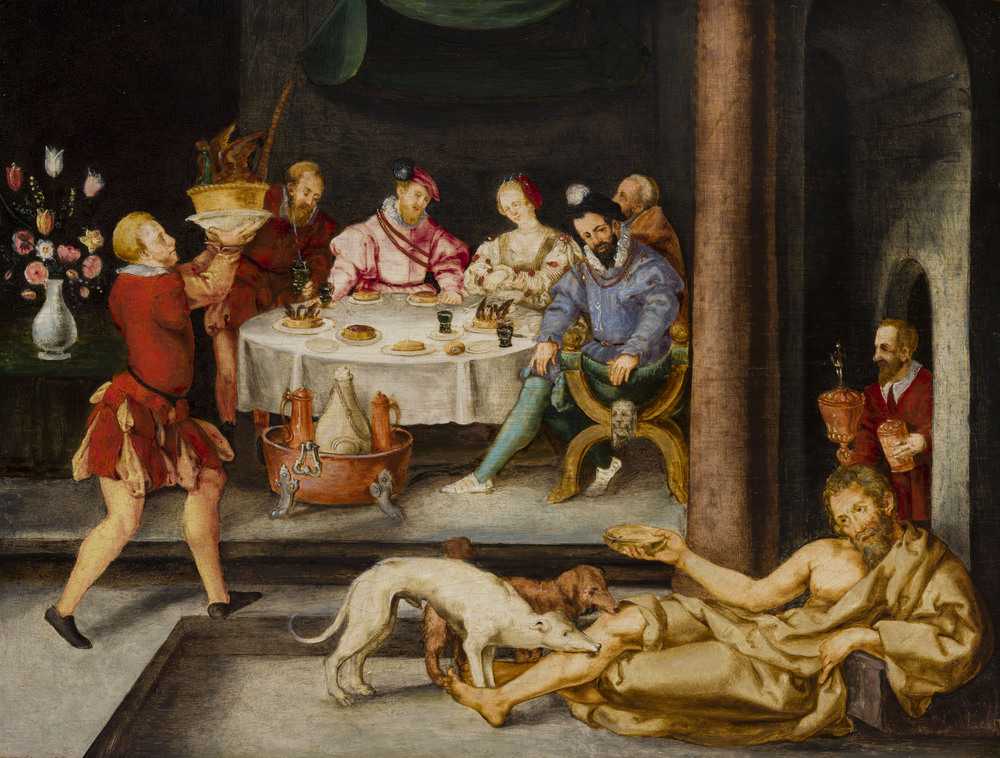