82: Enlarged projections of The Cryes of the City of London Drawne after the Life

These enlarged projections are from prints of food hawkers advertising their wares. They are intended to evoke the bustle, noise, and smell of selling a variety of foodstuffs on the streets of London. These images are part of a genre found across Europe from the late sixteenth century called ‘The Cries’, in which vendors are captioned with their call.

The genre also included music for strings and voices, and popular songs that let singers imitate the food sellers’ sounds. Such prints were mostly enjoyed by people far higher up the social scale than the traders depicted. ‘The Cries’ offered a way to collect and classify the street life of cities like London, Naples, and Paris. 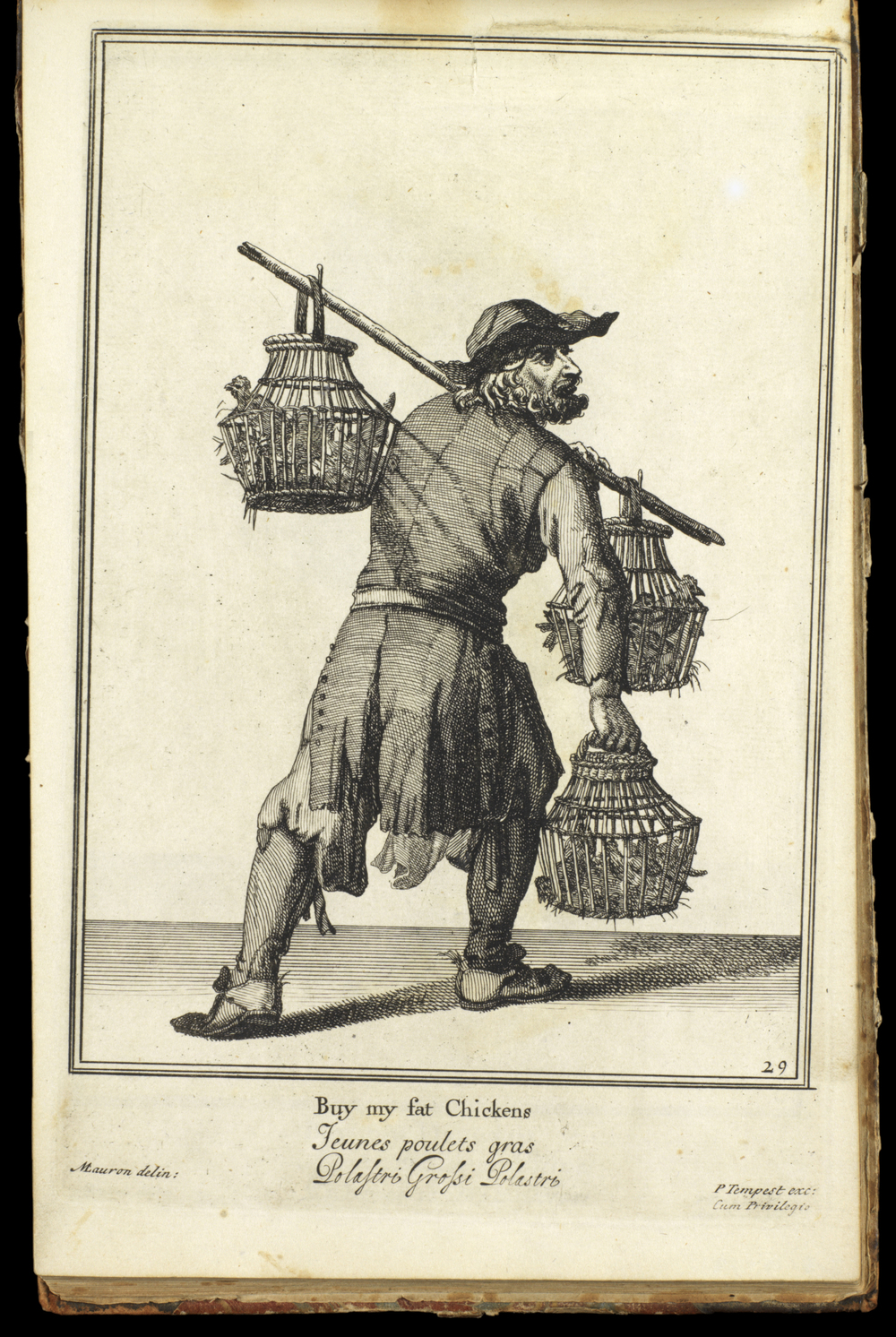