Cities were filled with the smells, noises, and movements of animals, as they lived in close proximity to humans. Live cattle and sheep were driven ‘on the hoof’ from the countryside into the city for sale. In van Swanevelt’s view of Campo Vaccino (meaning ‘cow pasture’), Rome’s livestock market buzzes with activity. From the sixteenth century, it was a popular subject for painters because of its imposing ancient ruins and contemporary popularity as a place of encounter and exchange. Like other markets across Europe, it was a meeting point for people, animals, and goods, bringing together country and city. 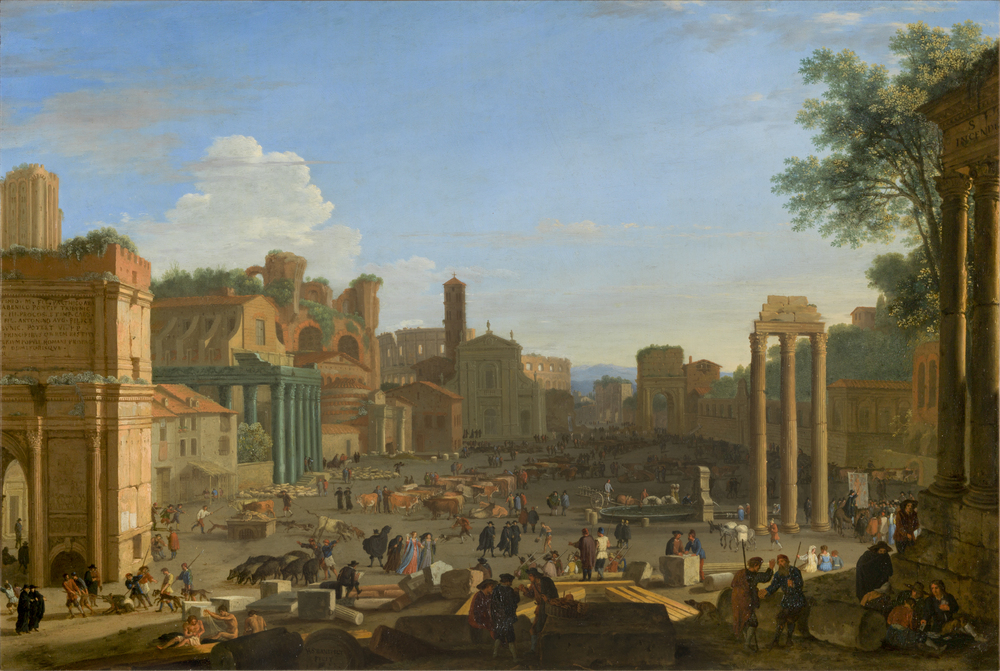