28: Beadwork panel depicting Paradise, The Temptation of Adam and Eve, Cain killing Abel, and The Sacrifice of Isaac

There are complex theological messages related to food from Genesis (the Bible’s first book) in this colourful beadwork panel. On the left, the presence of a unicorn and a mermaid suggests that this is paradise or the Garden of Eden. Adam and Eve stand either side of the Tree of Knowledge, having disobeyed God and sinned against him by eating its forbidden fruit. The resulting punishment was expulsion from Eden, condemning humankind to toil for food evermore. On the right, two scenes focus on food sacrifices. Below, Cain (an arable farmer) has just murdered his younger brother Abel (a shepherd), in a fit of jealousy because God preferred Abel’s sacrifice of lambs to his grain offering. Above, Abraham, commanded to sacrifice his son, Isaac, to God as a test of his faith, is saved from having to do so by the divine provisioning of a ram, which he sacrifices instead. While glorifying God’s creation, this panel was also a reminder of ‘the dark side of food’ as a dangerous gateway to sinful acts, and possible damnation. 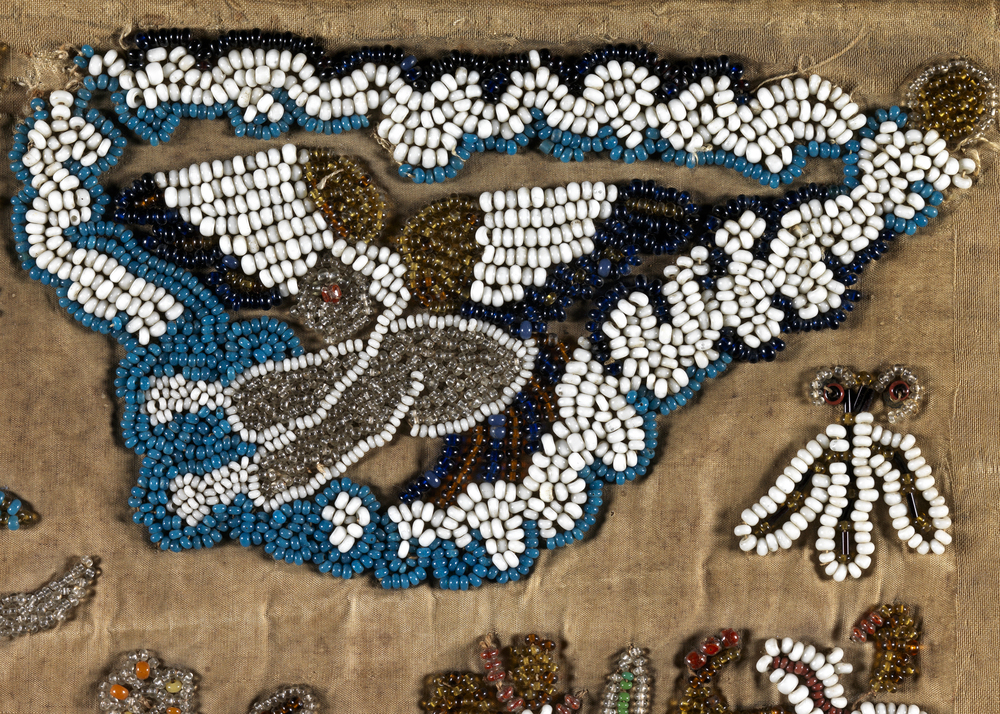