26: Allegory on The Golden Age and The Fall of Man

This idealised vision of men, women, and animals living harmoniously together derives from Ovid’s Metamorphoses, an ancient Roman source for mythological stories in European art. In the Golden Age, Ovid told of the blissful existence of the first humans on Earth, before hard work and discord divided them. Saturn, god of agriculture, ruled this epoch of eternal spring, in which humankind did not have to cultivate food but gathered it freely from nature’s bounty with seeds carried by breezes, flowing rivers of milk, and trees dripping with honey.

Unusually, this print includes an allusion to Christianity through the cross-bearing orb (globus cruciger), symbol of Christian authority over the world. A bountiful cornucopia decorates the orb, but the small clothed figures below, one of whom carries scales and a s2019-12-04-, refer to The Fall of Man from Eden and the more complex epochs to follow when humankind had to toil for food. 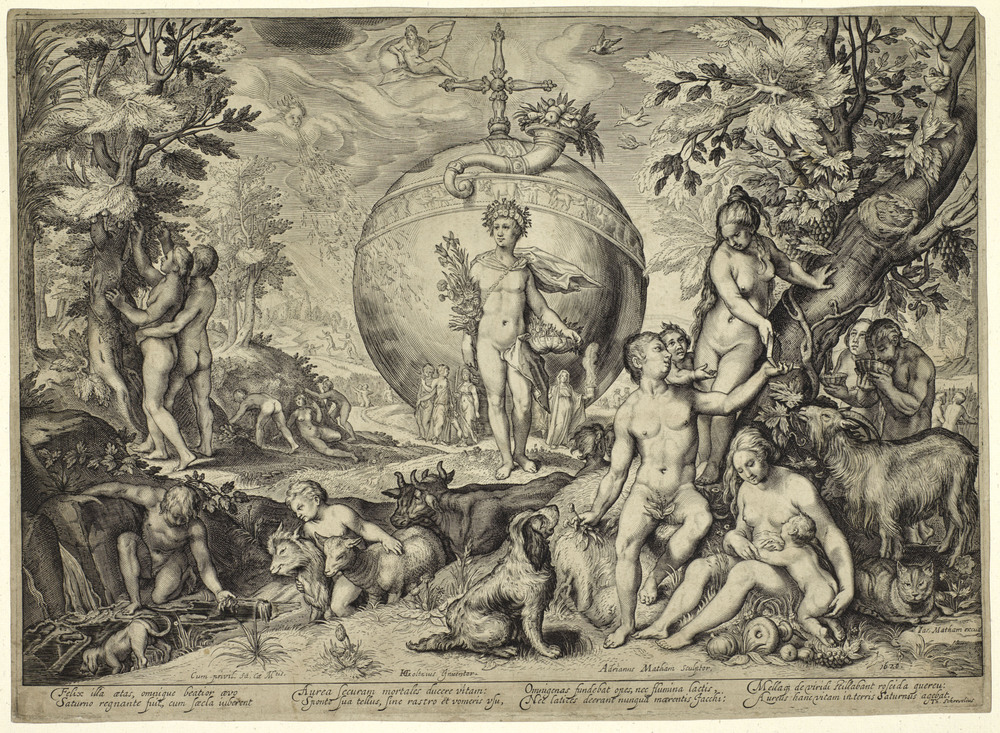