A plucked duck suspended by its neck and one leg This partially suspended, live-plucked duck is a disturbing image of anger and suffering. By excluding any background and making the duck fill the page, de Gheyn has intensified its pain and indignity. This makes for uncomfortable viewing – at least for modern eyes. Little is known about the practice of live-plucking in early modern Europe, or its relationship to food production, but a recipe for roasting a live-plucked duck or goose is included in John Wecker’s 1660 Book of Secrets. There were a few early modern writers, such as Thomas Tryon, an early advocate of vegetarianism, who reflected on man’s violence against animals, both in hunting and farming. Jacob III de Gheyn (c.1596 –1641) The Hague or Utrecht, Netherlands, c.1620 – 41

Pen and ink on paper 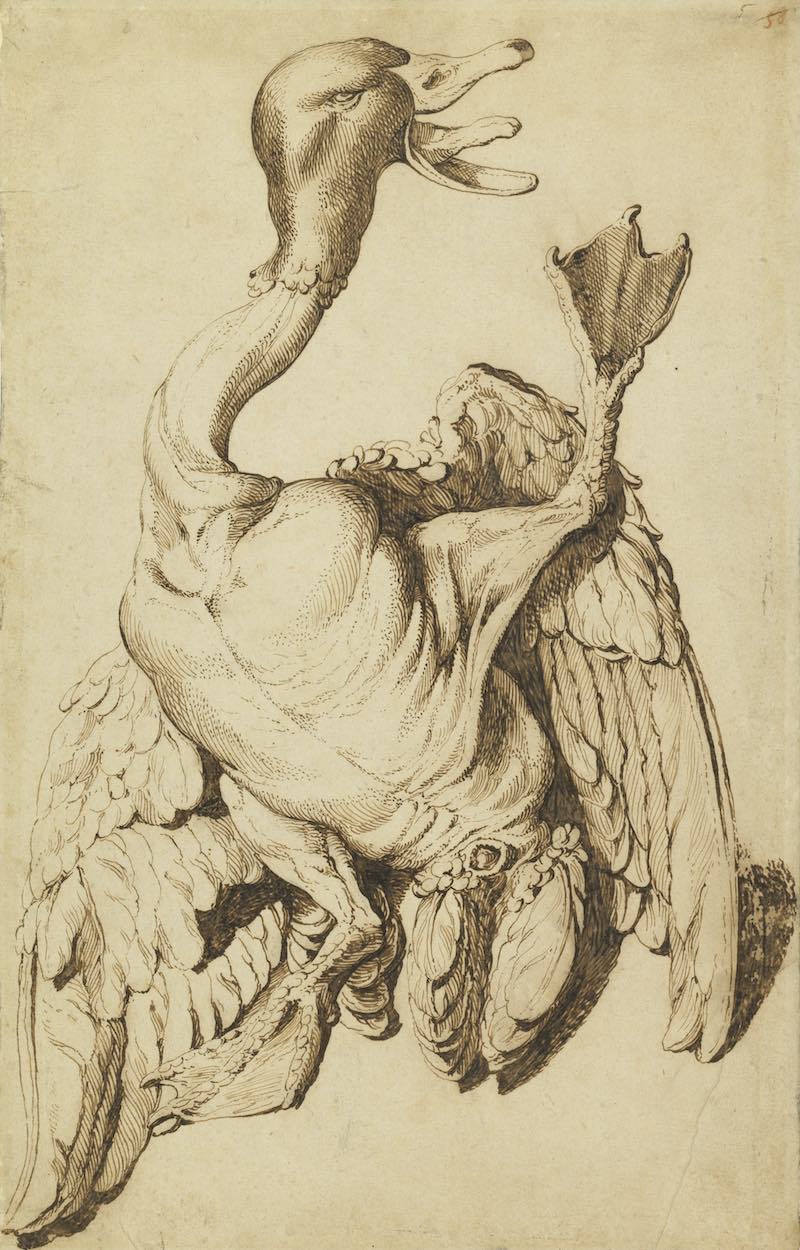