Le Goust (Taste), from Les Cinq Sens (The Five Senses) As one of the ‘lower’ Senses, Taste was associated with the body and Touch. The image of a couple dining alone is loaded with references to sensual love, most obviously eating the artichoke with their fingers. The artichoke was considered an aphrodisiac, as was the melon whose rounded form was suggestive of sexual productiveness. Yet, the couple appears to be the height of civilised restraint, impeccably behaved and showing restraint in what they eat. The dog’s furry head contrasts with his bony hindquarters, making him the embodiment of the eternal human struggle between indulgence and restraint, at the centre of contemporary debates around Taste. The text’s recommendation of ‘Taste without excess’ alludes to the traditional moralising framework where Taste can lead to the carnal sins of Gluttony and Greed. 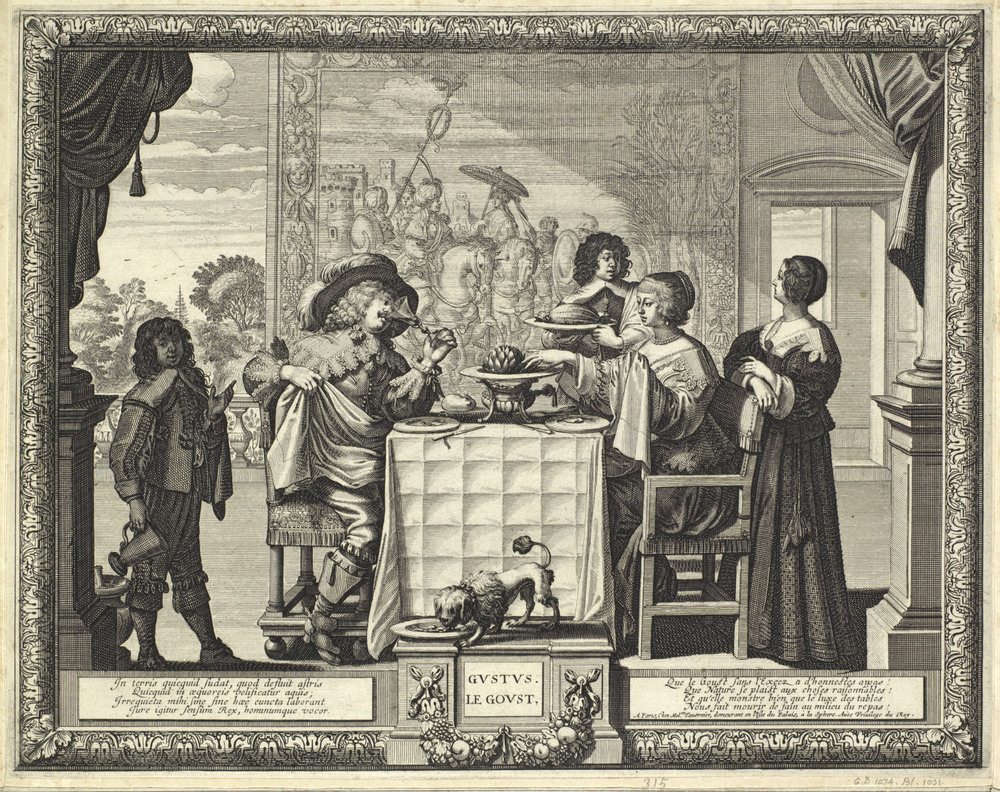