Introduction to the workshops

And soon, mechanically, oppressed by the gloomy day and the prospect of a sad future, I carried to my lips a spoonful of the tea in which I had left soften a piece of madeleine. But at the very instant when the mouthful of tea mixed with the cake crumbs touched my palate, I quivered, attentive to the extraordinary thing that was happening in me. A delicious pleasure had invaded me, isolated me, without my having any notion as to its cause. It had immediately made the vicissitudes of life unimportant to me, its disasters innocuous, its brevity illusory, acting in the same way that love acts, by filling me with a precious essence: or rather this essence was not in me, it was me.’

This extract comes from Marcel Proust’s novel, In Search of Lost Time, and is a fitting introduction and welcome to this new body of creative writing, which was inspired by the Fitzwilliam Museum’s exhibition, Feast & Fast: The Art of Food in Europe, 1500–1800.

The Fitzwilliam has a long history of inviting established writers and poets into the Museum and commissioning new works from them inspired by its collections. It also has an established tradition of arranging talks and creative writing workshops for the wider community that tie in with both the permanent collections and the temporary exhibitions. Working closely with relevant Museum staff in the planning of such literature workshops and events is really vital. Having bespoke curatorial insights into the objects and rationale of the displays helps to achieve a particularly high level of comprehension and engagement by workshop members, which in turn guarantees a high standard of discussion and writing in the workshops.

The thirteen newly created works published here are the result of three successive creative writing workshops, which I devised using the Feast & Fast exhibition as a source of inspiration, education, and a springboard for writing. The members of the writing group ranged from novice writers to published poets, and each workshop had set themes and used extracts from literature and poetry to illuminate the objects, paintings, drawings, manuscripts, and displays in the exhibition, and to form the basis for discussion about form and style in writing. To give you a flavour of the workshops, here’s a summary of what happened in each session, concentrating particularly on the first workshop.

Workshop 1: The sensory pleasures of food, memory, and social status

After introductions and discussions, we read the memory of the madeleine extract from Proust’s In Search of Lost Time that you heard at the start, and an extract from an Enid Blyton Famous Five story involving ‘lashings of ginger beer’. Victoria Avery, co-curator of Feast & Fast and Keeper of the Applied Arts Department at The Fitz, then led the group on a tour of the exhibition highlighting particular exhibits relating to cakes and other sweet treats. We returned from the tour and did a quick 10-minute writing exercise about a particular meal or food which triggered memories. We reminisced about childhood meals and celebration meals, and the joy of a seeing a single orange glowing on top of a glass goblet in Ivan Day’s reconstruction of a Georgian Confectioner’s Window in the exhibition. And we listened to a reading of Edwin Morgan’s poem, ‘The Apple’, which begins like this:

‘Tap me with your finger, Rub me with your sleeve, Hold me, sniff me, peel me Curling round and round Till i burst out white and cold From my tight red coat And tingle in your palm.’

To echo Ivan Day’s reconstruction of a Sugar Banquet for an English Tudor Wedding, we read an extract from Flaubert’s Madame Bovary, which speaks of The Savoy Cake centrepiece at Emma Bovary’s wedding:

‘a castle of Savoy cake, surrounded by many fortifications in candied angelica, almonds, raisins, and quarters of oranges; and finally, on the upper platform a green field with rocks set in lakes of jam, nutshell boats, and a small Cupid balancing himself in a chocolate swing whose two uprights ended in real rosebuds at the top.’

We then discussed food and social status and returned to the exhibition to take a closer look at the still life paintings; in particular, Still Life with Lobster by Joris van Son, Rotting Fruit and Nuts on a Stone Ledge by Abraham Mignon and De Heem’s Still Life with Fruit and Calf Tongue. The remainder of the session was spent drafting in prose or poetry, a close description of one of the exhibits in the exhibition.

We began the workshop by sharing and constructively commenting on everyone’s work in progress. We discussed the importance of reading work aloud as part of working on a piece of writing and how rhythms and beats hold writing together. We then moved on to the themes: issues around food, gluttony, famine, slavery, eating disorders and identity. As before, we used several pieces of literature as inspiration. We started with Philip Gross’s, ‘I’m fat, look fat’ poem from his collection, The Wasting Game, about his daughter’s anorexia. We then considered an extract about food for invalids from Mrs Beeton’s Book on Household Management, and one about the differences between dining at Kings College and Girton College from A Room of One’s Own by Virginia Woolf.

We also focussed on several exhibits in Feast & Fast, including Isaac Newton’s notebook from his first year at Trinity College. The group really enjoyed looking at this tiny notebook where Newton lists under ‘idle and pointless expenses’ various foodstuffs including, ‘cherries’, ‘tarts’, ‘marmolet’, ‘custards’, ‘cake-bread’, ‘milk, butter, and cheese’. We also looked at several recipe books, the fasting ceramics, and two beautiful images: Still life with wild strawberries and loaf of sugar and William Blake’s Christ refusing the banquet offered by Satan. The writing task set for participants this week was to continue a work already in progress or choose one exhibit from Feast & Fast and weave a poem or a story around it.

In this final workshop we discussed several literary works: ‘Mrs Midas’ by Carol Ann Duffy, ‘Rapunzstiltskin’ by Liz Lochhead, ‘Fairytale logic’ by A.E. Stallings, Hansel and Gretel - Picturebook by Anthony Browne, and finally ‘Musee des Beaux Arts’, W.H. Auden’s wonderful poem about Brueghel’s painting Landscape with the Fall of Icarus where daily life appears to be going on as usual and yet a tragedy is unfolding. Here’s the final verse:

‘In Brueghel’s Icarus, for instance: how everything turns away
Quite leisurely from the disaster; the ploughman may
Have heard the splash, the forsaken cry,
But for him it was not an important failure; the sun shone
As it had to on the white legs disappearing into the green
Water, and the expensive delicate ship that must have seen
Something amazing, a boy falling out of the sky,
Had somewhere to get to and sailed calmly on.’

This led to more discussions about Feast & Fast and about several exhibits: the Turkish jug with hinged cover, the tiny print of Hares roasting a hunter and three paintings: A lady holding a plate with a waffle, River scene by moonlight and Winter landscape with skaters and bird trap. The latter painting by Brueghel resulted in one of the poems you will read here, showing how a painting can open a door to new meanings and inspirations.

The writing task for this final session was to write a fairy tale which included at least two or more exhibits from Feast & Fast, or some free writing poetry or prose using one of the exhibits as inspiration.

Writing rarely emerges fully formed, it has to be crafted, and the writing group’s final pieces of work involved the tough processes of re- jigging and re-drafting until the writing was ready to go out into the world.

I hope you will enjoy the thirteen new literary offerings published here as much as I do. All are very different in style and content, but all are evocative, inventive, and original creative responses to Feast & Fast.

And perhaps you will feel moved to also write a poem or a piece of prose inspired by one of the objects or paintings in the exhibition? If so, have a look at highlights of the exhibition on the Museum website, choose something which triggers a memory or an idea, and start writing.

Complete list of literature resources used in the workshops: 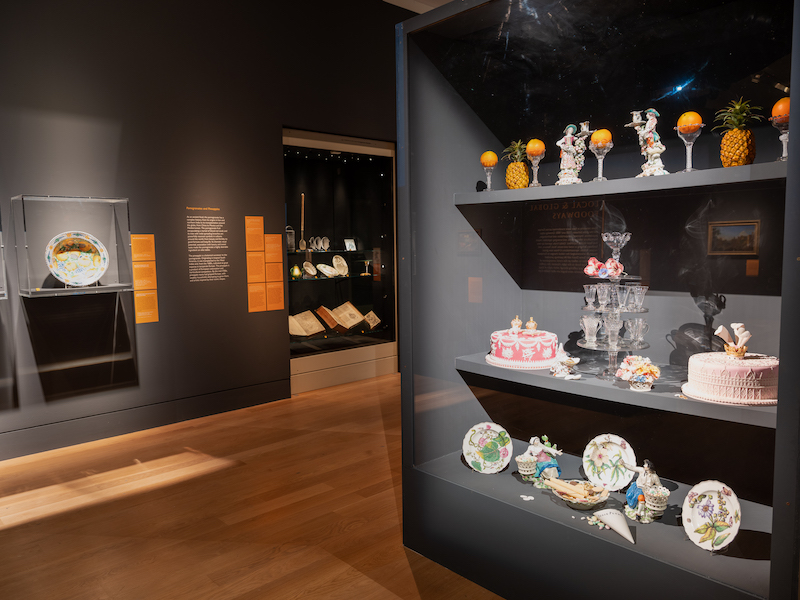 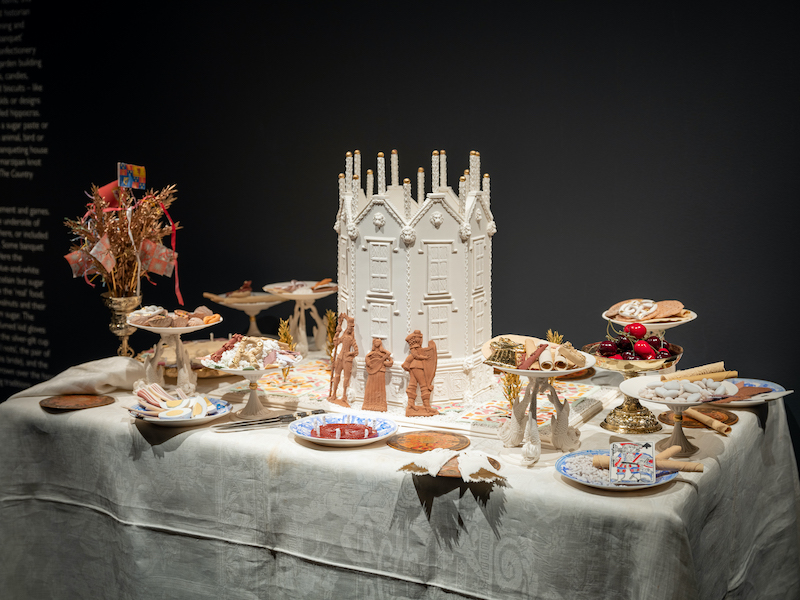 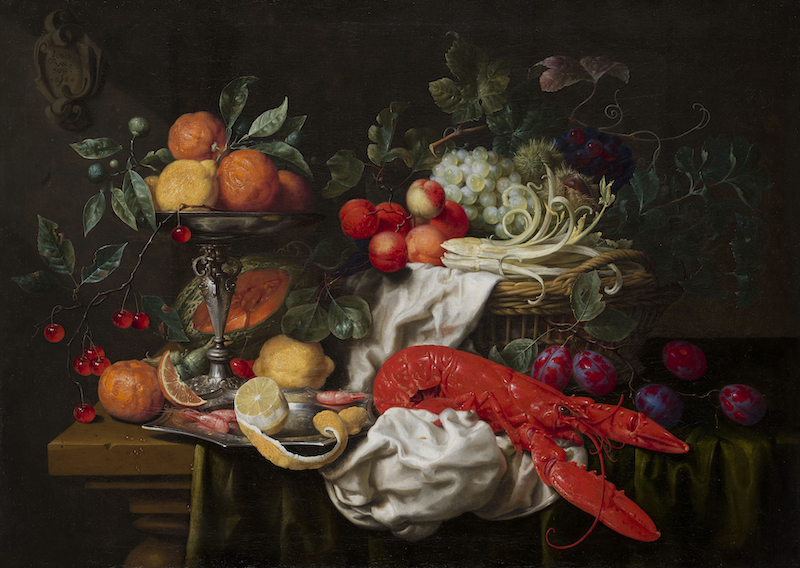 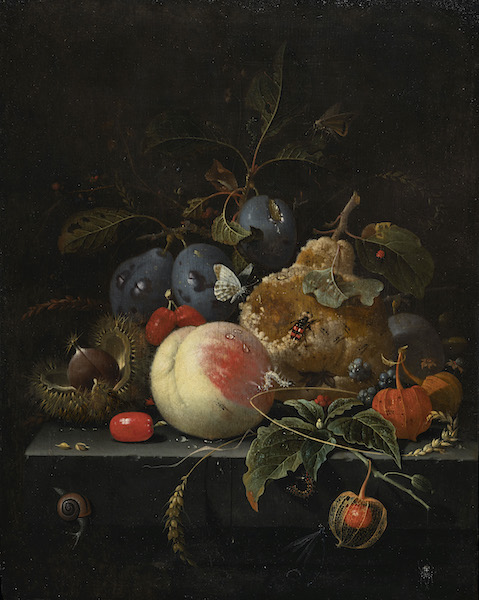 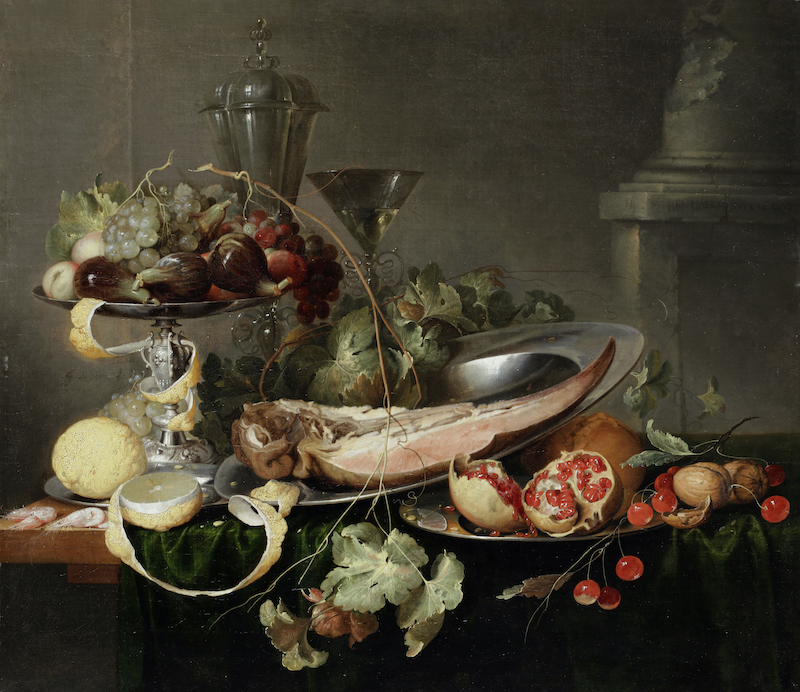 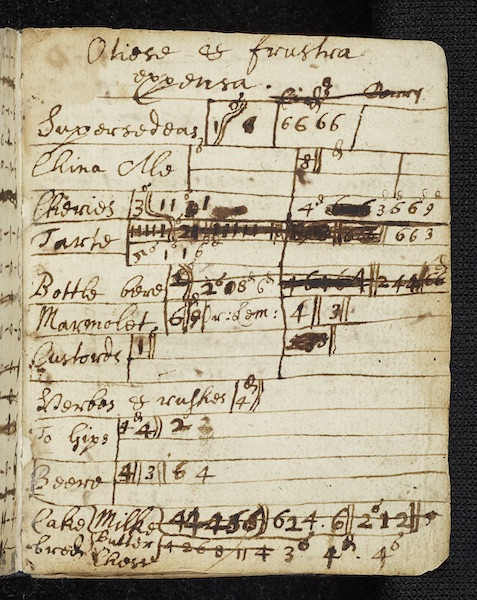 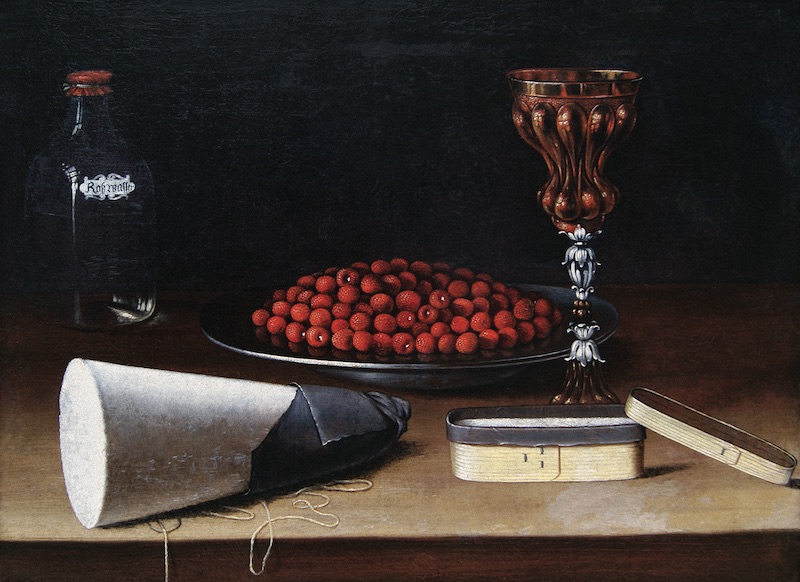 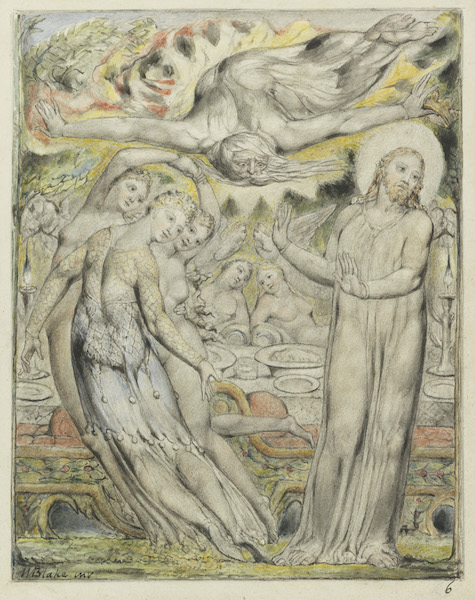 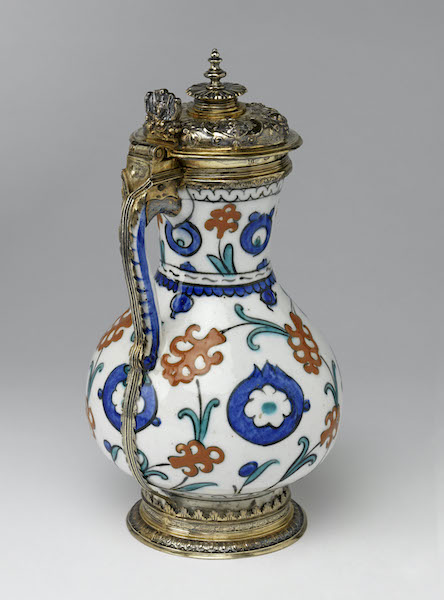 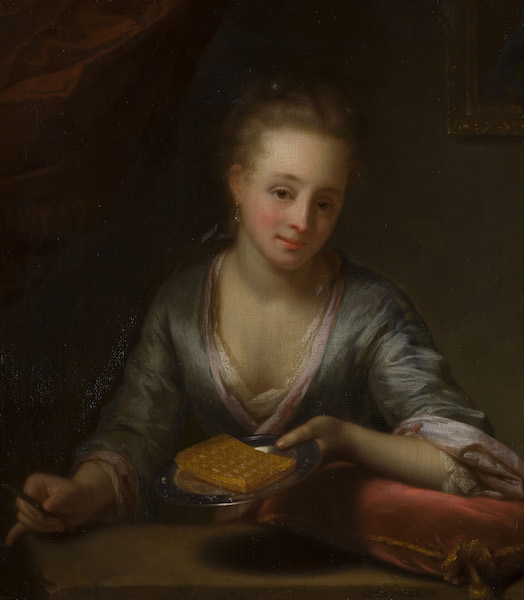 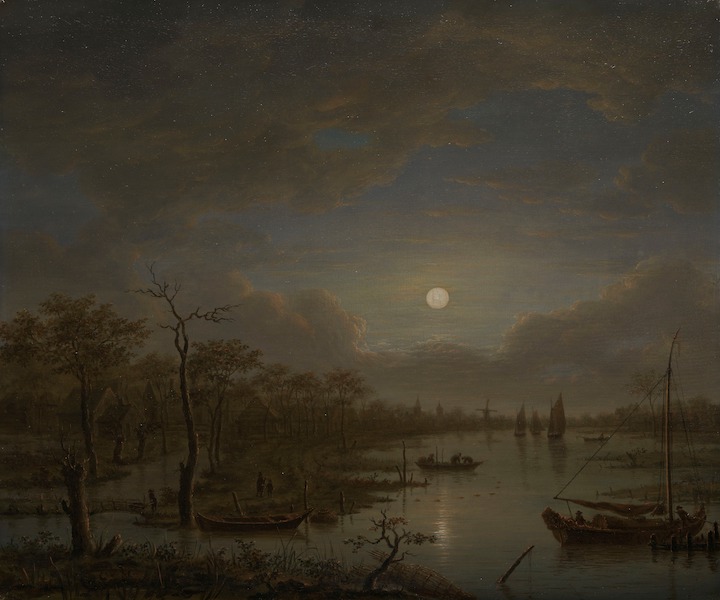 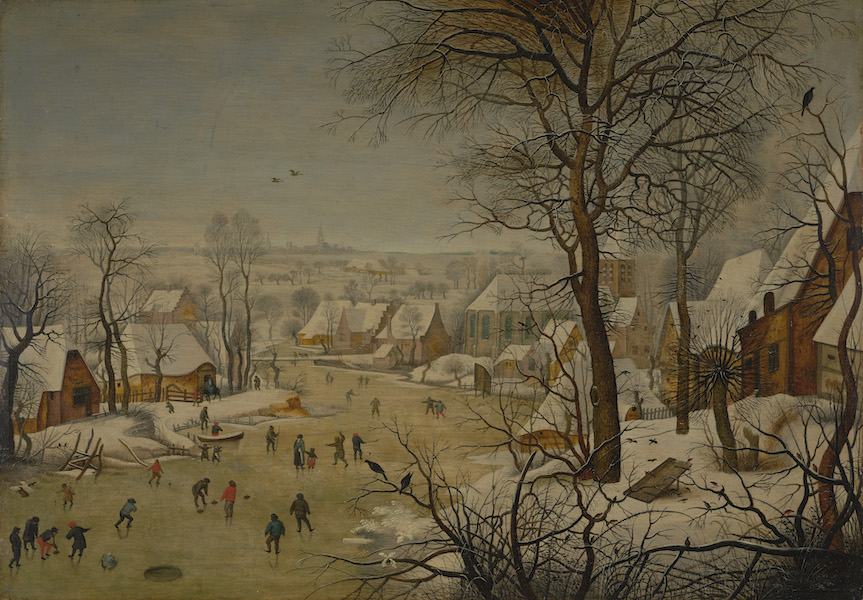